The very steep Path no. 7, starting directly from the Pederü Hut, runs along an old military road on the Senes plateau. Twisting and turning – the beginning is concreted – the road ascends to a signposted fork. Leave the military road and turn off left (signposted Senes – Path no. 7a) to head upward through the sparse forest until the path in turn joins the old military road. Follow the path to the Sennes Hut, where a sign indicates the path on to the Seekofel Hut. Behind the hut take the dirt road, steep in places, upwards until the path is signposted to the Seekofel Hut on the right. Cross the ridge and you soon see the Seekofel Hut on the other side, reached via a dirt road (GEOSTOP P). Behind the Seekofel Hut a sign in Italian (Alpe Cavallo) indicates the way to the Rossalm. Head for the Forcella Cocodain (Fosses Riedl) and you soon pass several branch-offs (four in all); stay on the main path however and follow the signs to the Rossalm (GEOSTOP Q). From the hut, a steep road leads down to Brüggele and Path no. 3 over to the Stollaalm and on to the Plätzwiese. Follow the signs for Plätzwiese. Short stretches of this path require surefootedness: there are some exposed sections that are secured with steel cables. Constant ups and downs lead you to the turnoff for the Stollaalm: continue straight on to the Plätzwiese plateau.

In 2009, the Dolomites were declared a UNESCO World Heritage Site. Due to their geological history, a trekking route was built which goes through these marvellous mountains, making travellers aware of this fascinating succession of events.

Coming from Bolzano: Brenner motorway (A22) to exit Brixen / Pustertal, continue on the state road SS49-E66 and then from St. Lorenzen on SS244 to Longega and then turn left direction San Vigilio. Cross the village and continue until Pederü (12 km from San Vigilio) 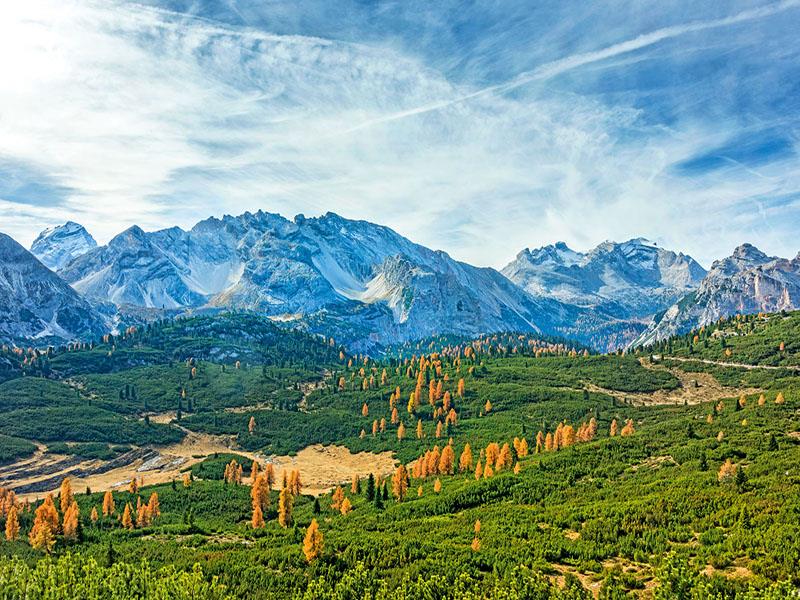 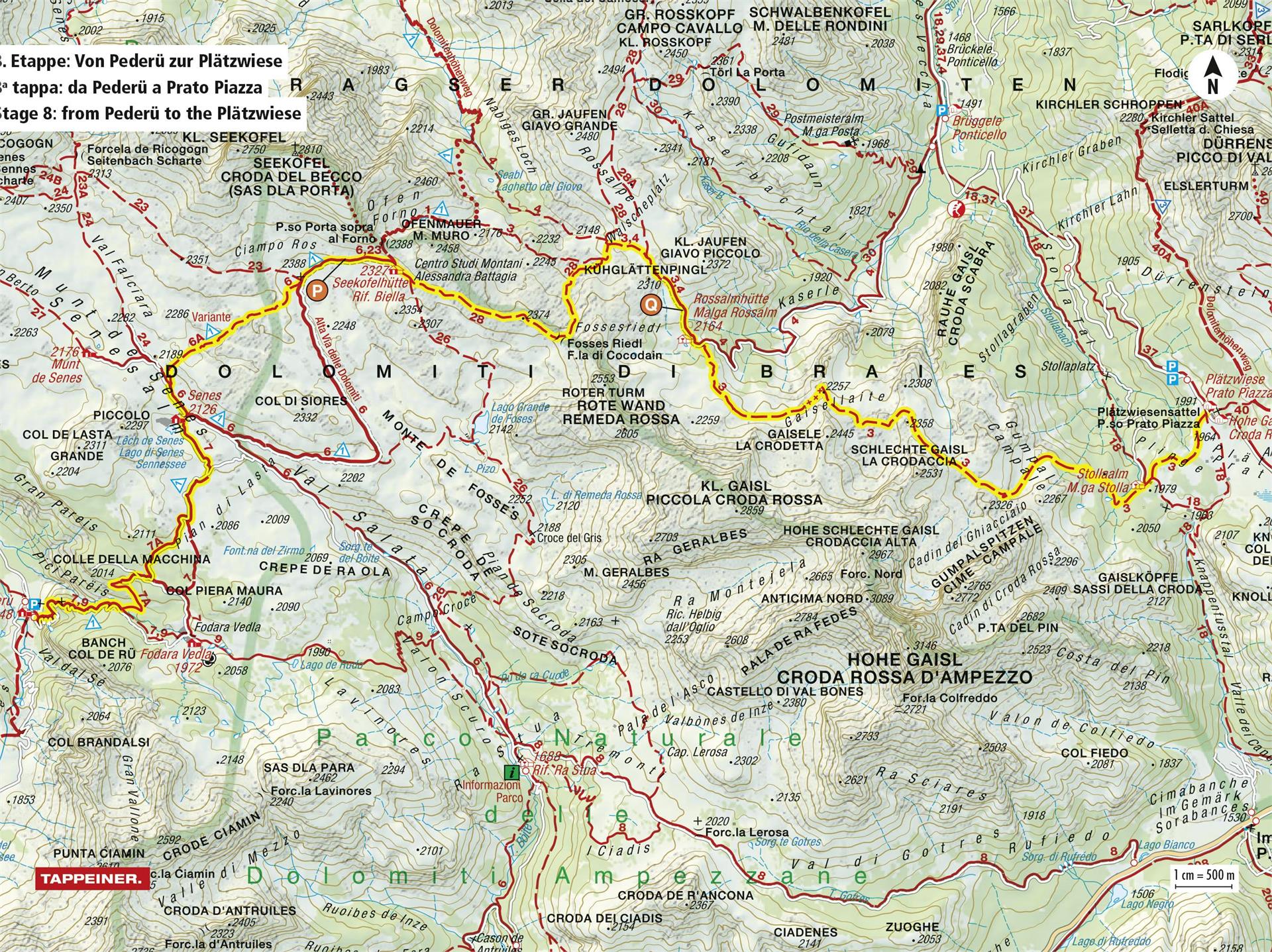