Trail A, an easy circular trail around the Kronplatz plateau at 2275 m above sea-level, sets off from the peak which is conveniently accessible by cable car from Riscone-Reischach, Valdaora-Olang or Passo Furcia-Furkelpass.

To get to the top of Mount Kronplatz, simply catch a cable car at one of the valley stations in Riscone-Reischach near Brunico-Bruneck, Casola-Gassl near Valdaora-Olang or Passo Furcia-Furkelpass.

Easy walk around the Kronplatz plateau, ideal for families with children. The top of Mount Kronplatz offers a number of attractions for kids and grown-ups alike: the MMM Corones museum, the impressive Concordia peace bell with its 360° relief depicting the peaks surrounding Kronplatz, a giant swing aptly named Skyscraper and many more – this hike is filled to the brim with treats.

The 360° hike pays tribute to these grand vistas by directing the eye to the unique geological features of the surroundings: the Dolomites in the south and the main ridge of the Central Alps to the north. The trail is dotted with viewpoints designed and skilfully staged by local artist Helmuth Pizzinini, highlighting the jaw-dropping uniqueness of the landscape. 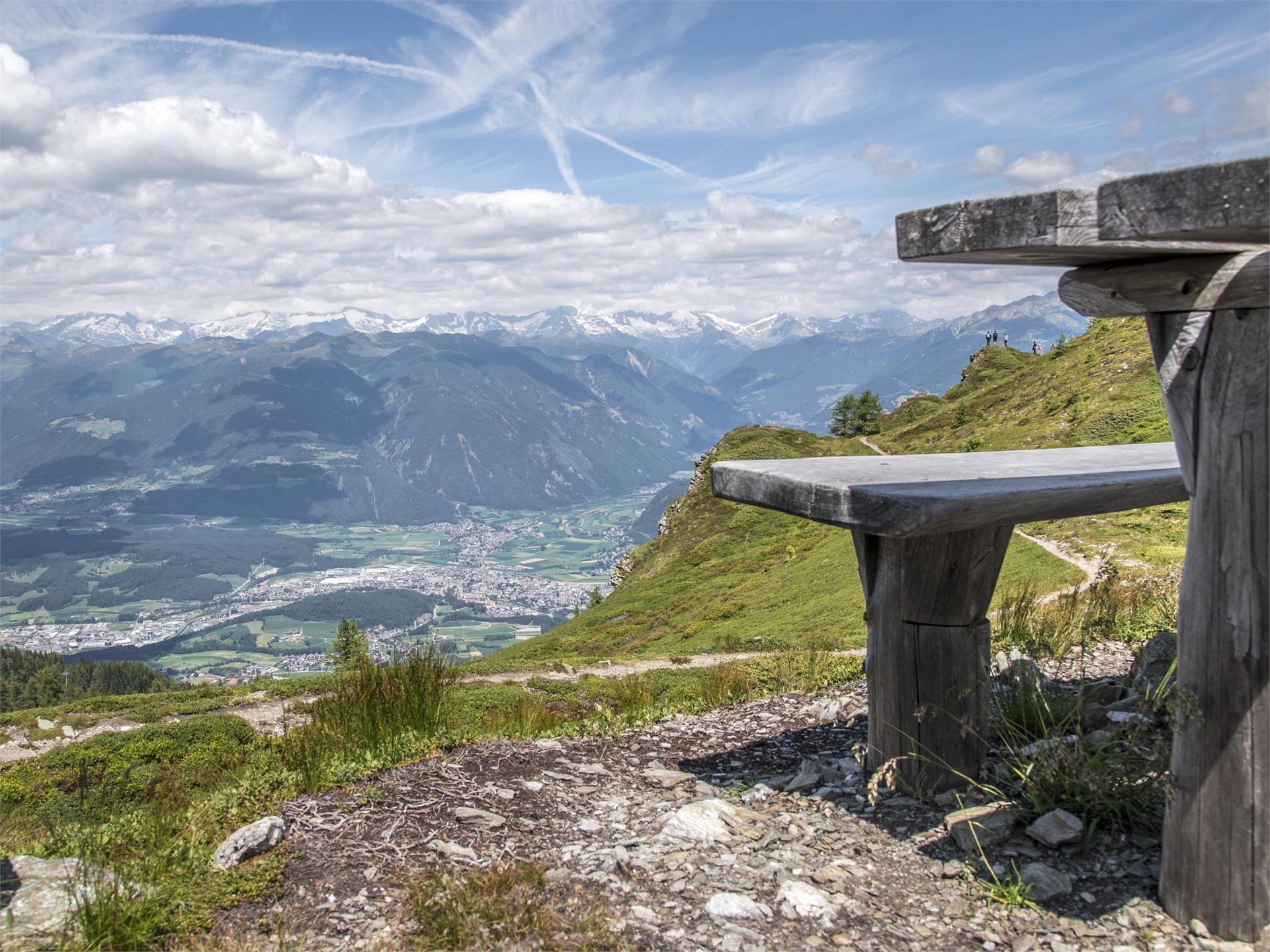