Born in San Vigilio di Marebbe in 1771, Katharina Lanz rose to fame and honour fighting against Napoleon's troops in 1797. Armed with only a pitchfork, at the tender age of 26 she heroically fought alongside a Schützen battalion of infantrymen from the Inn valley to prevent the French troops from seizing and desecrating a church and its cemetery in Spinga near Rio di Pusteria, a small village not far from Bressanone. She instantly became a symbol for the Tyrolean struggle for freedom and resistance during the Napoleonic Wars. 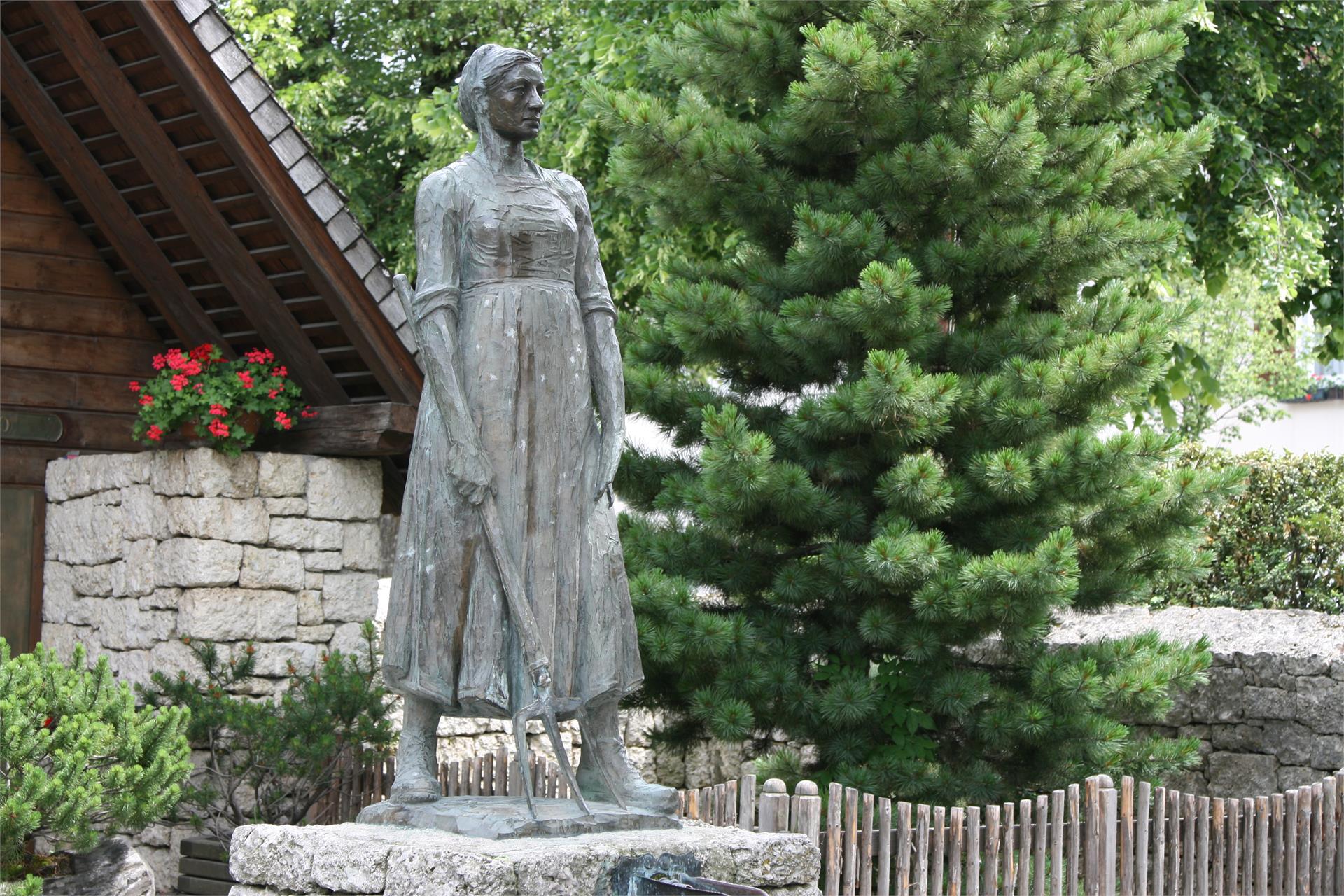