Cast in classy bronze, the panorama relief around the bell is made up of 24 segments stretching as far as 36 m. At the front, you can see the most important peaks visible from Mount Kronplatz and their height as well as the direction in which some key European cities lie. 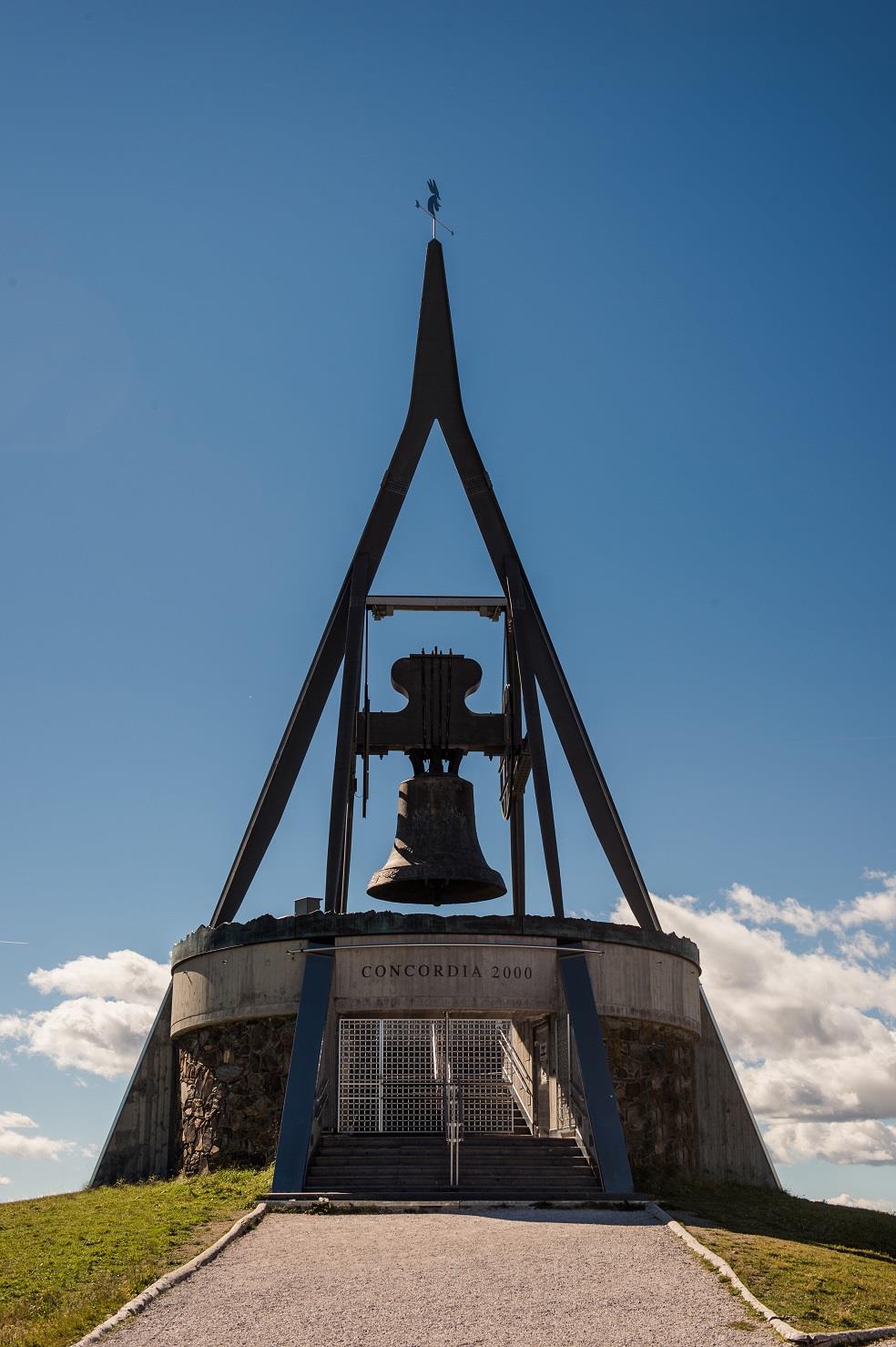 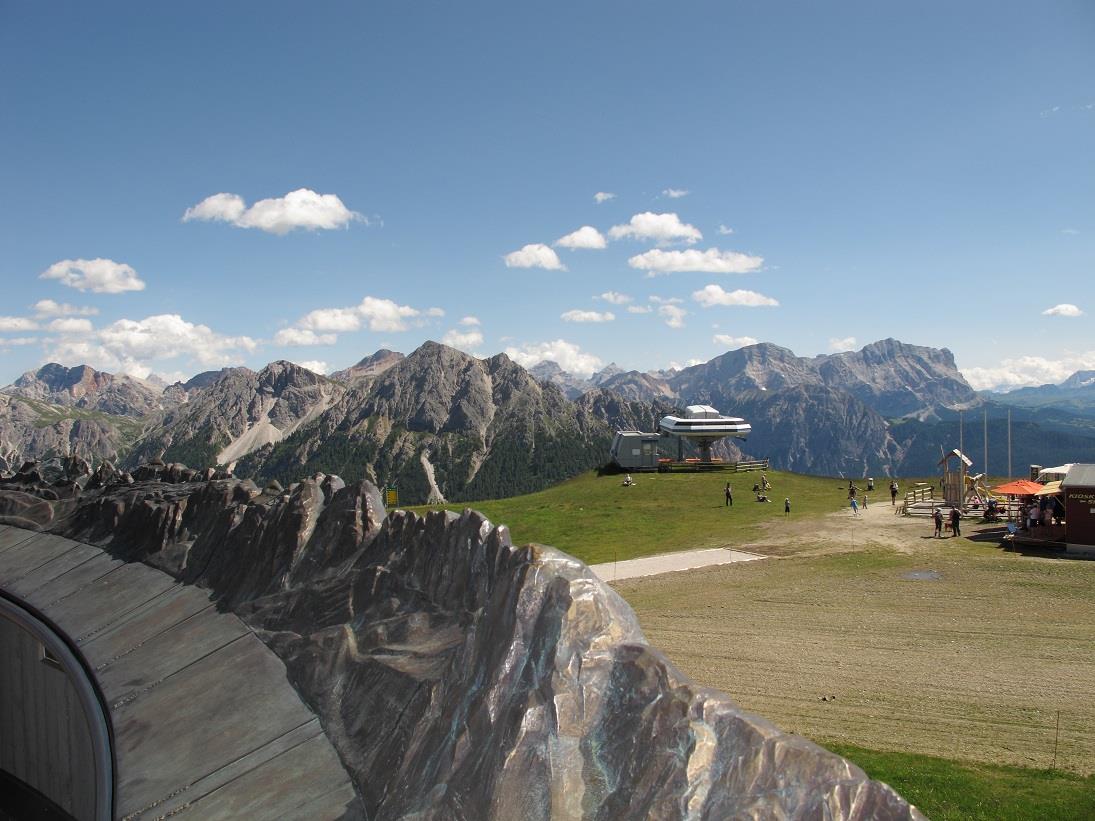 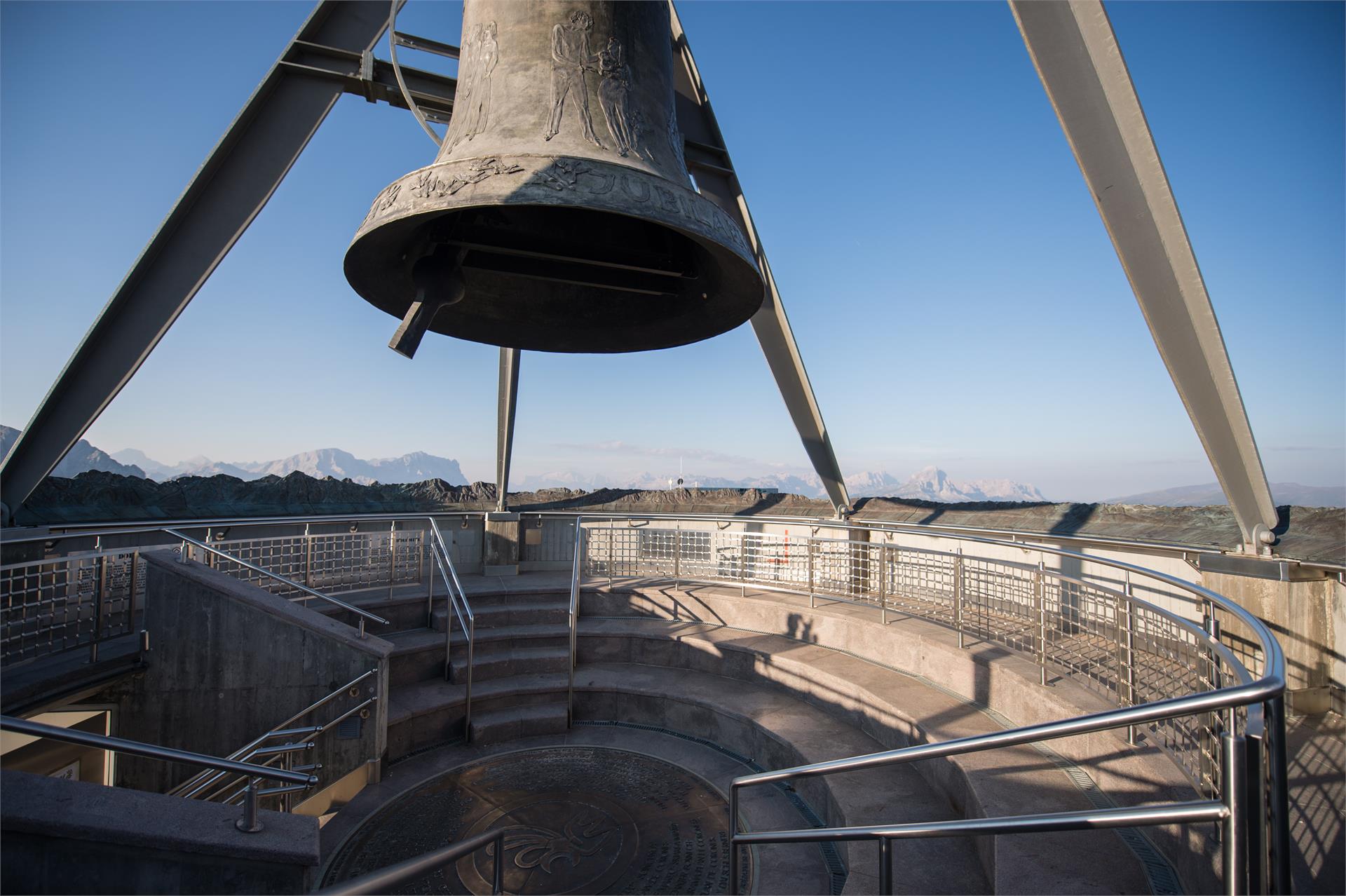